Anna stumbled across the SCA quite by accident in 2010. She had heard briefly of it before, but didn’t pay it much attention. GNEW XXV (2011) was her first event. She began volunteering in service / support roles at that event, and finds great enjoyment in providing for others. 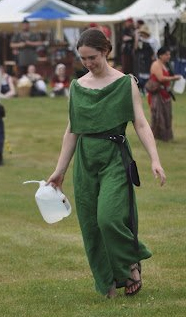