Difference between revisions of "Amy Webbe" 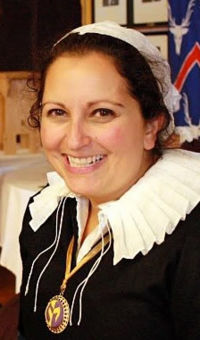 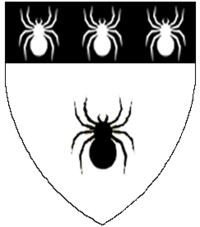 |devicecaption = Argent, a spider and on a chief sable three spiders argent |awards =

I am Lady Amy Webbe, and I reside in the Barony of Carillion. I am a 1570s Gloucestershire resident. I focus on late 16th century English embroidery, and dabble in creating historical clothing.

I am married to Lord Erhart von Stuttgart.

My project blog can be found at http://ladyamysca.blogspot.com

My documentation can be found at http://amywebbe.wikispaces.com/space/content

My primary art form is embroidery, including:

I also enjoy using my art to make presents for others:

I am a member of House Grog.

I am apprenticed to Baroness Kis Maria, known as Mika.